Nicolas Berggruen Net Worth: Nicolas Berggruen is an American investor and philanthropist who has a net worth of $2 billion. With dual American and German citizenship, Mr. Berggruen is so-called "homeless billionaire" because for many year s he did not home, instead choosing to live in hotels. Not the typical billionaire, Nicolas Berggruen is the founder and president of a private investment company, Berggruen Holdings, and a think tank that works on tackling governance issues the Berggruen Institute on Governance. Through the Berggruen Institute he got the chance to team up with Huffington Post's Arianna Huffington to establish a new media venture covering international affairs called the World Post.

The son of the founder of Museum Berggruen in Berlin, he is a passionate art collector who owns pieces by such artists as Warhol, Basquiat and Koons. With a greater heart than wealth, he is said to have plans to give all of his money away.

Real Estate: After spending many years without a home of his own, today Nicolas oversees a valuable real estate portfolio. Nicolas owns seven units in a single LA building, spending $20 million over multiple transactions to acquire his condos.

In 2017 he paid $41 million for a home in LA's Holmby Hills neighborhood. The 20,000 square-foot home sits on over 2-acres of some of the most-desirable land in the world. In August 2020 Nicolas paid $22.5 million for the 2.2-acre property immediately next door. In total he has now spent $63 million on 4.3-acres in Holmby Hills. 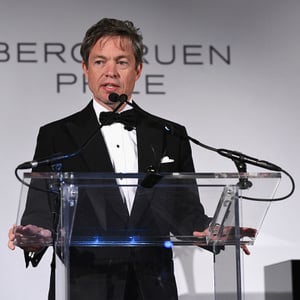