Nicola Bulgari Net Worth: Nicola Bulgari is an Italian businessman who has a net worth of $1.3 billion. Nicola Bulgari has entered the billionaire rankings along with his brother Paolo, with whom he owns about 2.4 percent of LVMH. They are probably best known as the great-great-grandsons of Greek silversmith Konstantinos Voulgaris, the founder of the high-end Italian jewelry and luxury goods company, Bvulgaru.

What was started as a small family business more than 150 years ago has turned into a deluxe brand of bold, hand-crafted gems that are worn by Hollywood beauties on the red carpets. It was in 2011 that the duo sold the company to the French luxury conglomerate LVMH in an all-share deal. One year later, as LVMH's stock rose, the Bulgaris sold a tiny portion of their stake to take care of taxes and other expenses. But, their mutual 2.4% stake of LVMH seemed just enough to land them both on the billionaires list for the first time in March 2013. 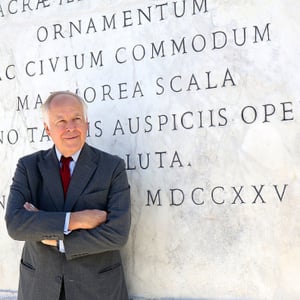