He worked as a contractor before forming the company in 1985. Caporella also previsouly worked as the CEO of Burnup & Sims, a telecom and cable company.

Some of National Beverage's products include LaCroix, Shasta, and Faygo. It is one of the top five largest soft drink companies in the United States. Nick Caporella purchased the company to fend off an unwanted acquisition by someone who worked at his previous company Burnup & Sims Inc. He purchased Shasta Beverage in 1985 from Sara Lee Corporation for $40 million and later purchased Faygo. The company also includes the energy drink Rip It. Nick is the son of a Pennsylvania coal miner.

Nick controls roughly 73% of National Beverage's outstanding shares. The company trades under the ticker symbol "Fizz". He has famously never sold a single share since founding the company. At various times in recent years, Nick's net worth has fluctuated from as low as $1.5 billion to as high as $5.5 billion. 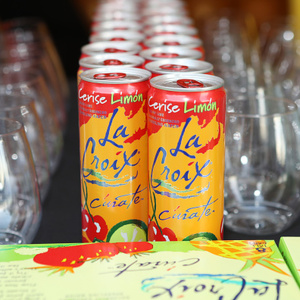