What is Nelson Peltz's net worth?

Nelson Peltz is an American businessman who has a net worth of $1.8 billion dollars. Nelson Peltz is best known for being as a founding partner of Trian Fund Management, L.P., which he started with Peter W. May and Edward P. Garden. He made a fortune through investments starting in the early 1980s. Those initial investments were largely financed through Michael Milken's "junk bonds".  Nelson has also served as a chairman for Wendy's, Legg Mason, Inc., Mondelez International, and Ingersoll Rand. He previously served as a director for H.J. Heinz Company and is the former CEO of Triangle Industries.

Nelson Peltz was born on June 24, 1942 in Brooklyn, New York. Though Peltz attended college at the University of Pennsylvania, he dropped out in 1963 in order to become a ski instructor in Oregon. He instead ended up working as a delivery truck driver for A. Peltz & Sons, a company started by his grandfather. He was paid $100 per week.

In the early 1970s, Nelson's father handed control of the company over to his two sons. Nelson, his brother and a partner named Peter May proceeded to acquire dozens of food and delivery companies. They increased the company's revenue annual from $2.5 million to over $140 million. One of the companies they acquired was called Flagstaff Corp. They soon renamed their entire operation Flagstaff and went public in 1972. They then renamed the company Trafalgar. In 1979 Flagstaff sold its food service business to a group of investors. In 1981 the investors went bankrupt. Nelson stepped back in control, re-built the company and ended up paying back every penny of its debt.

In the early 1980s, Nelson and May went on the hunt for new acquisitions. They were armed with nearly-unlimited financing provided by a little-known investment bank called Drexel Burnham and its little-known genius manager, Michael Milken. Using Drexel-sourced high-yield bonds, also known as "junk bonds", in 1983 Peltz and May acquired a company called Triangle Industries using $80 million in almost entirely borrowed money. 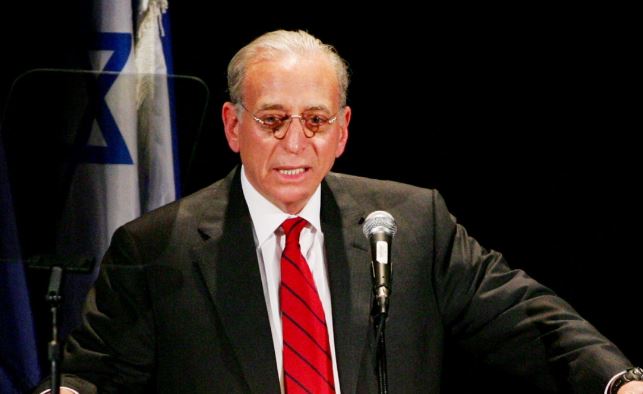 In 1984, Peltz (through Triangle) launched an acquisition bid for the National Can Corporation. At the time, Triangle's revenues were around $300 million per year whereas National Can was earning around $2 billion per year. This was the new upside-down dichotomy of the world made possible by Milken's junk bonds. All of a sudden very large corporations were being gobbled up by tiny suitors using imaginary paper made up from thin air. This imaginary paper came in the form form of Drexel's "highly confident letter" – a letter that expressed that while the suiting company did not have the promised money at the time of offer, Drexel was "highly confident" the money would be raised when the time came.

Triangle's final offer of $465 million was ultimately accepted. Out of that $465 million, $70 million – around 15% – was provided by Peltz/May and National Can. The remaining came through high yield "junk" bonds.

In 1985, Peltz and Triangle used $570 million in Drexel bonds to buy rival American Can. The consolidated company was the largest can company in the world.

In 1986 Triangle re-financed its debt at much lower rates. It also had a fantastic revenue year in 1986, earning around $170 million in profits. Revenues of the new consolidated company soon topped $4 billion per year.

In November 1988 Nelson and his partners sold Triangle Industries to a French company called Pechiney SA for $1.3 billion.

This was a significant moment in business history. Nelson Peltz and Peter May, two unknown small-time players, used imaginary money to buy a much larger company… sell off some assets to raise cash… refinance their debt… and ultimately cash out at an $800 million profit. A hundred Peltz/May wannabes showed up to Milken's Beverly Hills Drexel headquarters the next day.

Michael Milken would eventually served 22 months in prison after being convicted of securities fraud. He was also ordered to pay a $600 million fine and was banned from the securities industry for life. Before becoming Mayor of New York Rudy Giuliani was the lead prosecutor against Milken in the late 80s. In February 2020 Milken was pardoned by President Donald Trump- himself the beneficiary of hundreds of millions in junk bonds in the 1980s. Trump's personal lawyer is Giuliani. Nelson Peltz was Milken's primary behind-the-scenes advocates. Just three days before announcing the pardon, Peltz held a fundraiser for Donald Trump at his home in Palm Beach. Peltz's home is a 13 minute straight drive north on one boulevard from Trump's Mar-A-Lago club.

Over the years Trian has held large stakes in a number of publicly traded companies, including PepsiCo, DuPont, GE, Procter & Gamble and Molendez International.

Nelson Peltz has been married three times and has 10 children. Eight of whom are with his current wife, a former fashion model, Claudia Heffner. Two of his kids from this marriage, Nicola Peltz and Will Peltz are actors. Son Brad Peltz formerly played professional hockey.

Nelson's primary residence is a lavish 13-acre estate in Palm Beach, Florida called Montsorrel. In 2015 it was revealed that Peltz owns the property with a $92 million mortgage with Bank of America. The property features a 48,000 square-foot main house and an 18,000 square-foot second "guest" home, situated on three legally separate properties (in terms of taxes). He pays approximately $1.7 million per year in property taxes alone for the estate. He listed the estate for sale in 2001 for $75 million but did not find a buyer. He also owns properties in New York and California. 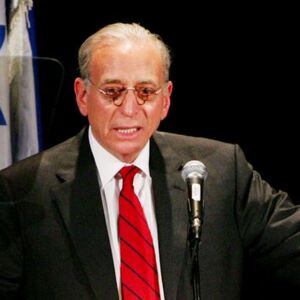