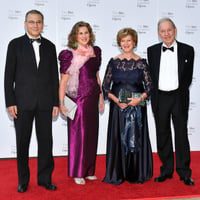 Nathan Kirsh net worth: Nathan Kirsh is a South African business magnate who has a net worth of $7 billion. Nathan Kirsh owns a property empire that spans across the United Kingdom, Swaziland and Australia. Kirsh has started small in his native Swaziland, establishing a corn milling business in the country in 1958. He expanded his business in apartheid South Africa, turning it from a wholesale food distribution into a variety of other categories like supermarkets and commercial property development. But then 49% of the company were bought up by Sanlam, a South African insurance company that reached agreements on the company's behalf to build a slew of financially unfeasible shopping malls that were supported by company assets. Subsequently, Kirsh went bankrupt. He later managed to recover his fortune, thanks to Jetro Holdings, which operates Jetro Cash and Carry stores and Restaurant Depots in the New York City area, supplying wholesale goods to bodegas, small stores and restaurants. Today, bulk of his wealth comes from Jetro Holdings, in which he has a 63 percent stake. Apart from businesses, Kirsh is an active charity supporter, especially in his native Swaziland, where he has supplied more than 10,000 people with starter capital for small businesses. Also, he is dedicated on the cause Swazi high schools to be the first in Africa to guarantee graduates are computer literate. Although carrying a Swazi passport, this Swazi billionaire also holds residency status in the United Kingdom and the United States. He and his wife Frances Herr have three children, one son and two daughters.