Nasser Khalili Net Worth: Nasser Khalili is an Iranian-native British scholar and collector who has a net worth of $1 billion. Born Nasser David Khalili on December 18, 1945 in Esfahan, Iran, Nasser Khalili moved to the United States in 1967 after he completed his schooling and national service in his native country.

While in the States, he continued his education for a year and in 1978 he was already settled in the United Kingdom. Still based in London, Nasser Khalili has a British citizenship and is considered to be the "cultural ambassador of Islams" by the leaders of the Muslim countries. Also nicknamed the secret sultan, he is an owner of one of the world's largest private collections of Islamic art. Having made his beginnings as a collector in the '80s, he now has over 20,000 pieces with the oldest one spanning for 1,400 years. Khalili's rare art collection includes Koranic manuscripts, paintings, ceramics, glass and textiles. Apart from Islamic items, he also collects Japanese art from the Meiji period, Indian and Swedish textiles, as well as Spanish metal works. All of his collections are held by the Khalili Family Trust. Art aside, Khalili possesses commercial and retail properties in and around London, including in tony Mayfair. According to reports, he is the man behind the construction of an energy-efficient office block dubbed "The Wave. As a philanthropist, Nasser Khalili co-founded and chairs the Maimonides Foundation, a charity that promotes interfaith peace and understanding. 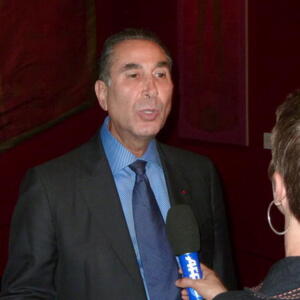