What is Nancy Walton Laurie's net worth?

Nancy Walton Laurie is an American heiress who has a net worth of $9 billion. That makes her one of the richest people in Nevada.

Nancy Walton Laurie was born on May 15, 1951. She was raised in Versailles, Missouri. She is one of two daughters born to James "Bud" Walton. Bud Walton was the younger brother of Sam Walton. Together, Bud and Sam co-founded Walmart in 1962.

Nancy Walton Laurie is a graduate of the University of Memphis, where she met her future husband, Bill Laurie. At the time, the school was called Memphis State University.

Sam was the majority shareholder and was in charge of marketing, while Bud concentrated on the company's retail spaces and physically building new stores.

As you know, Walmart Inc is one of the most successful retail chains in the world. As of this writing, the company has a market cap of roughly $400 billion, employs 2.2 million people worldwide and generates annual revenue north of $500 billion.

Bud Walton died on March 21, 1995 at the age of 73 after experiencing a stomach aneurysm while on a fishing trip in the Caribbean.

At the time of his death Bud was worth $1 billion and was roughly the 83rd-richest person in the United States. When Sam died three years earlier in 1992, he was worth $8.6 billion. If Sam and Bud were alive today they would be worth a combined $250 billion and they would receive billions in dividends every year.

Upon Bud's death, Nancy and her sister Ann Walton Kroenke inherited his shares in the company.

Nancy and Bill Laurie primarily reside in Las Vegas where the own a large mansion in the suburb of Henderson that is worth at least $20 million.

They also own mansions in LA's Bel-Air neighborhood and in Columbia, Missouri. At their ranch in Columbia they raise appaloosa horses.

Nancy have owned property in Bel-Air for over a decade, compiling a 9-10 acre property that is technically made up of around a dozen parcels. They have slowly and quietly expanded their compound. For example, in November 2017 they paid $14.6 million, nearly $5 million OVER the asking price, for a neighboring property. In the twenty years between 2001 and 2021, Nancy spent at least $60 million assembling her compound. It may be the largest individual property in Bel-Air in terms of acreage.

In January 2015 Nancy and Bill filed a lawsuit against mega-mansion developer (and father of models Bella and Gigi Hadid) Mohamed Hadid alleging that a retaining wall he installed at a property in Bel-Air damaged roots of a eucalyptus tree on their property. Nancy demanded $90,000 in damages.

Nancy and Bill previously the St. Louis Blues hockey team. She is the President and founder of Cedar Lake Contemporary Ballet, a dance company based in New York City. She is also the owner of Columbia Performing Arts Centre in Columbia, Missouri.

In 2001, Nancy and Bill donated $25 million to the University of Missouri to pay for the construction of a new sports arena. According to the terms of their donation, the sports arena was to be named after their daughter Paige Laurie. Interestingly, at the time of the donation Paige was actually a student at the University of Southern California. A few years after the donation, Paige was credibly accused of paying a fellow student at USC to do her homework. The student claimed that she had written term papers and done homework for the heiress for 3.5 years. In the fallout of the scandal, Paige relinquished her diploma to USC. She had previously been a 2004 recipient of a bachelor's degree by the School for Communication.

Further fallout came as the University of Missouri eventually grew concerned about the fact that its sports arena, the Paige Sports Arena, was named after a person who not only did NOT attend the school but cheated her way through a different school. Her name was eventually removed from the stadium. 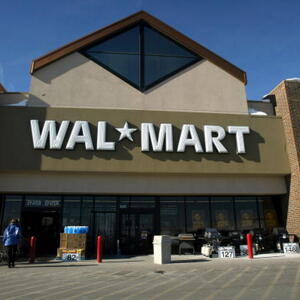