He co-founded Investcom with his brother, Taha, in the early 80s. The company is a highly successful telcommunications firm. He and his brother sold their portions of the company to the South African firm, MTN Group. They then launched the M1 Group, a holdings company with real estate, retail, and international travel interests. He became Minister of Public Works and Transport in Lebanon in the late 90s, and was then elected to the National Assembly in 2000. In 2005, he served as Prime Minister of Lebanon from April 2005 to July of 2005, after Omar Karami resigned in frustration after seven weeks in office. He was re-elected to the office of Prime Minister in mid-June 2011, and has remained Prime Minister since then. 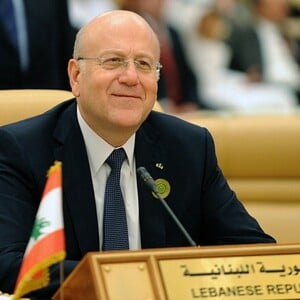