Naguib Sawiris Net Worth: Naguib Sawiris is an Egyptian businessman and politician who has a net worth of $2.9 billion. Initially, he served as an executive chairman of the telecommunications companies Wind Telecom and Orascom Telecom Holding (OTH) before embarking on a fully-fledged political career in May 2011. Born Naguib Onsi Sawiris on 15 June 1954, he started his working career as he joined the country's largest private-sector employer, Orascom, in 1979.

Being the one to set up and build the railway, as well as the IT and telecommunications sectors of Orascom, Sawiris also took charge of OTH after the conglomerate was split into separate companies. In early 2005, he went on to set up Weather Investment, later called WIND Telecom. Five years later, he merged his phone assets with VimpelCom Ltd., Russia's second-largest mobile phone operator, for about $6.5 billion valued transaction. As a politician, he formed the liberal Free Egyptians Party in the wake of Egypt's uprising against President Hosni Mubarak in 2011. Ever since, he has been actively opposing the Muslim Brotherhood and established himself as an avid supporter of liberalism. 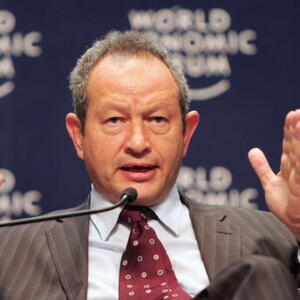