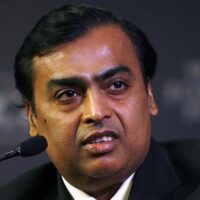 What is Mukesh Ambani's Net Worth?

Mukesh Ambani is an Indian businessman who has a net worth of $86 billion. Mukesh Ambani earned his net worth through his career at Reliance Industries, a Fortune 500 company, where he is chairman, managing director, and largest shareholder.

Mukesh Dhirubhai Ambani was born on April 19, 1957 in the British Crown colony of Aden, what is present-day Yemen. He has a younger brother and two sisters. In 1958 the family moved back to India, where he father started a trading business in spices and textiles in Mumbai.

In 1980, the Indian government had opened up polyester filament yarn (PFY) manufacturing to the private sector, and Ambani's father applied for a license to set up a PFY manufacturing plant, beating out competition from over forty other enterprises to receive the license. Ambani, the eldest son of the family, was pulled out of his MBA program at Stanford by his father—who valued real-life experience over classroom learning—to help build the PFY plant. Following executive director Rasikbhai Meswani's death, and his father's stroke in 1986, responsibility for the company shifted to Ambani and his brother Anil.

He set up Reliance Infocomm Limited, now Reliance Communications Limited, which focused on information and communications technology (ICT) initiatives. At the age of 24, Ambani was also put in charge of the construction of the Patalganga petrochemical plant, as the company began heavily investing in oil refinery and petrochemicals.

Following their father's death in 2002 after suffering a second stroke, the lack of a will detailing the distribution of the family's business empire led to a feud between Ambani and his brother Anil. Their mother intervened, splitting the company into two. Ambani received control of Reliance Industries Limited and Indian Petrochemicals Corporation Limited, in a move approved of by the Bombay High Court in December 2005. After the split of the business, in 2010 Ambani directed and created the world's largest grassroots petroleum refinery at Jamnagar, India, which had the capacity to produce 660,000 barrel per day, or 33 million tonnes per year.

He continued the expansion of his empire with multiple ventures and partnerships. He became heavily involved in the move towards 4G in India, having announced in 2013 the possibility of a collaborative venture with Bharti Airtel in setting up digital infrastructure for India's 4G network. He then said in 2014 that he would invest Rs 1.8 trillion across businesses over the next three years, with plans to launch 4G broadband services in 2015. Reliance's Jio, also led by Ambani, launched in its own 4G smartphone brand "LYF" in February 2016, which became India's third-largest-selling mobile phone brand in June 2016. Reliance retail Ltd., another subsidiary of Reliance, is the largest retailer in India.

Ambani was ranked as the 5th-best performing global CEO by the Harvard Business Review in 2010. Through the various Reliance ventures that he has headed, he has built up a large personal net worth. Bloomberg's "Robin Hood Index" estimated in February 2018 that Ambani's personal wealth at the time was enough to fund the full operations of the Indian federal government for 20 days. He has consistently held the title of India's richest person on the Forbes list for the past ten years as of 2016, and is the only Indian businessman to appear on Forbes' list of the world's most powerful people. He surpassed Jack Ma, the executive chairman of Alibaba Group, to become Asia's richest person in July 2018. 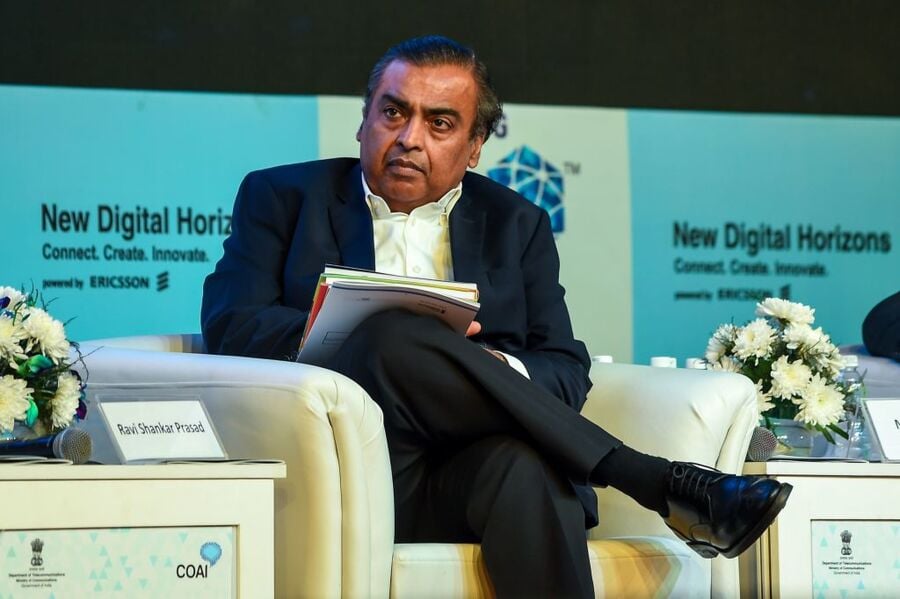 A First Information Report alleging criminal offenses was filed again Ambani in February 2014. The report alleges irregularities in the pricing of natural gas from the KG Basin.

Other Ventures and Activities

In 2008, Ambani received the title of "The World's Richest Sports Team Owner" after he purchased the Indian Premier League cricket team the Mumbai Indians for $111.9 million. He is also the founder of the Indian Super League, a football league in India. Additionally, Ambani was the first non-American to be on the Bank of America's board, and is also Former Director of the bank. He also serves as President of Pandit Deendayal Petroleum University, Gandhinagar, Gujarat.

Ambani married Nita Ambani in 1985, after his father attended a dance performance which Nita took part in, and decided to arrange a marriage between them. Together, the couple have two sons and a daughter.

In 2007, Ambani gifted his wife a $60 million Airbus A319 for her 44th birthday. The Airbus features custom fittings for a living room, bedroom, satellite television, WiFi, sky bar, Jacuzzi, and office, and can carry 180 passengers.

He has received many awards, including Ernst & Young Entrepreneur of the Year Award (2000), Financial Chronicle's Businessman of the Year Award (2010), the Business Council for International Understanding's Global Leadership Award (2010), and the Chemical Heritage Foundation's Othmer Gold Medal (2016). Additionally, he has an honorary Doctorate of Science from the M.S. University of Baroda.


Mukesh and his family reside in Antilia, a private 27-storey building in Mumbai that is valued at over $1 billion. He reportedly spent $1 billion of his personal funds on the building's construction. The complex is so large it requires a staff of 600 to oversee and maintain its various amenities, including three helipads, a 160-car garage, private movie theater, swimming pool and fitness center: 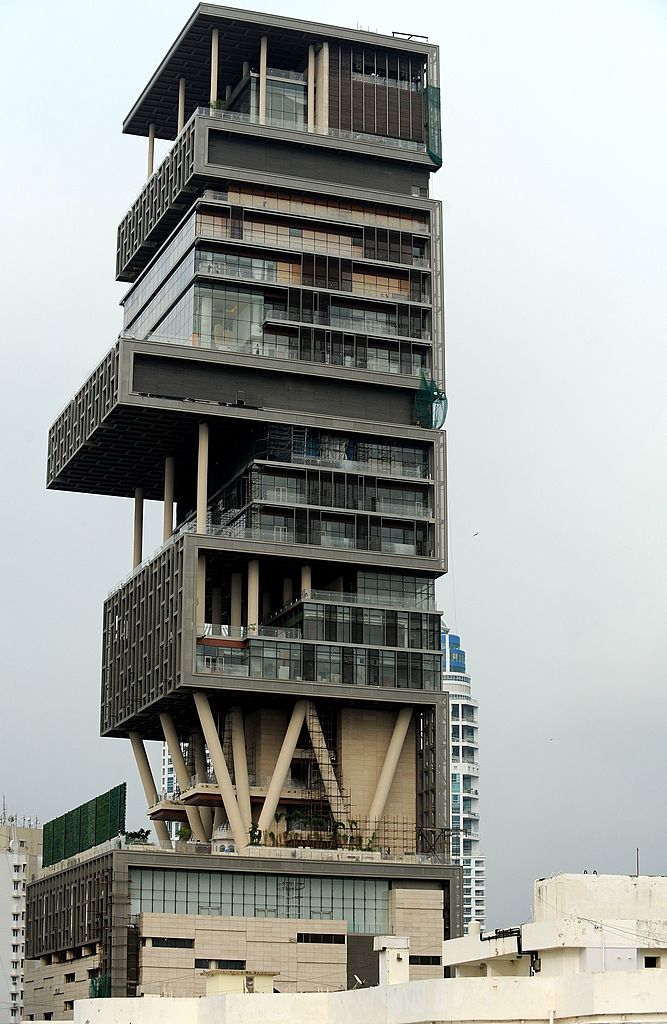