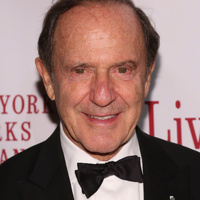 Mort Zuckerman Net Worth: Mort Zuckerman is a Canadian-born American real estate tycoon and media proprietor who has a net worth of $2.5 billion. Mort Zuckerman earned his net worth through his years in publishing and Real Estate. Born Mortimer Benjamin "Mort" Zuckerman, on June 4, 1937, in Montreal, Quebec, Canada, he rose to prominence as the co-founder, chairman and CEO of Boston Properties, one of the largest real estate investment trusts in the United States. In addition, he serves as an editor of US News & World Report, publisher of the New York Daily News; he is a regular commentator on NBC, The McLaughlin Group as well as on MSNBC and CNBC. Zuckerman was sixteen when he entered McGill University, from which he earned his BA (1957) and BCL (1961), even though he never took the bar exam. He collected two more degrees, his M.B.A. (1961) with a distinction of honor from the Wharton School of the University of Pennsylvania and his LL.M. (1962) from Harvard Law School. Next, he spent nine years working as an associate professor at Harvard Business School and also taught at Yale University. Meanwhile, he started his seven-year-long tenure at the real estate firm Cabot, Cabot & Forbes. It was in 1980, when he bought the literary mag The Atlantic Monthly, which he chaired from 1980 to 1999. By the time he sold the magazine in 1999, had already acquired U.S. News & World Report and he still serves as its editor-in-chief. Eventually, Mort Zuckerman has turned into a frequent commentator on world affairs, major column writer, and active political supporter. When it comes to politics, he has backed Barack Obama during the 2008 presidential election, but four years later he supported Mitt Romney instead.