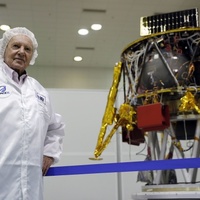 Morris Kahn Net Worth: Morris Kahn is an Israeli businessman who has a net worth of $1 billion. Morris Kahn started accumulating his fortune as an original investor in Amdocs, which provided software and other similar services to many large telecom companies. At the time of the company's IPO in 1998, he opted to cash his shares from the Amdocs which earned him around $1 billion. Next, Morris Kahn set up his Aurum Ventures through which he invested in several companies like N-Trig, a manufacturer of multi-touch screens for computers, and Atlantium that specializes in water disinfection. Furthermore, he is a cofounder of Coral World International, a string of aquariums in locations such as the Bahamas and Australia. Nowadays, Kahn lives on the Israeli coast and prefers to spend his time on his 100-foot yacht.