Min Kao net worth and salary: Min Kao is an American businessman who has a net worth of $3 billion dollars. Min Kao is probably best known for being the co-founder of Garmin Corporation. Min Kao has also spent many years as a systems analyst at Teledyne Systems and at NASA.

Min H. Kao was born in Jhushan, Taiwan in 1949. Kao attended college National Taiwan University and earned his doctorate at the University of Tennessee. He worked as a systems analyst at Teledyne Systems and did research for NASA and the United States Army. Kao is best known for being the co-founder of Garmin Corporation with Gary Burrell. The company was founded in 1989 and has sold more than 125 million GPS devices. The company name Garmin is a combination of the co-founders' names. Garmin also manufactures fitness, outdoor, and aviation products that include GPS capabilities. The company went public in 2000. In 2012 Kao stepped down as the CEO of Garmin but has stayed on as the chairman. Kao donated $17.5 million to the University of Tennessee in 2005 and the Min Kao Electrical Engineering & Computer Science Building was built. Kao currently lives in Leawood, Kansas. 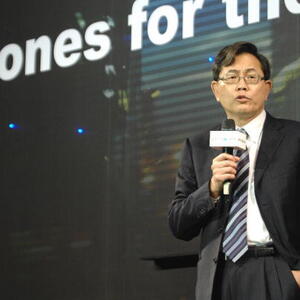