What is Mikhail Prokhorov's net worth?

Mikhail Prokhorov is a Russian oligarch and politician known for being the former owner of the Brooklyn Nets. As of this writing, Mikhail Prokhorov has a net worth $13.5 billion. Mikhail Prokhorov made his money the new-fashioned Russian way, "acquiring" the formerly state-owned Norilsk Nickel and turning the company into a massive global energy conglomerate. Prokhorov is the former chairman of Polyus Gold, the biggest gold producer in Russia. Before becoming one of the leading industrialists in the country, had worked in the financial sector. In 2012, Prokhorov ran as an independent candidate in the Russian presidential election, and later that year established a new national political party called Civic Platform.

Mikhail Prokhorov gained headlines after an infamous 2007 Christmas party in the French Alpine town of Courcheval. Prokhorov was detained by French police for four days after allegations that he imported more than 20 Russian prostitutes to party with his friends. He was released without charges but the scandal forced Mikhail to sell off his share of Norilsk. That transaction netted Mikhail a $7 billion profit plus a large stake in an aluminum conglomerate. This turned out to be an extremely lucky turn of events because with in a year the global commodities market collapsed and Norilsk saw it's share price plummet.

At one point Prokhorov offered to buy Villa Leopolda, a 20 acre estate on the French Riviera built by Belgian King Leopold II of Belgium, from heiress Lily Safra. After putting down a $55 million deposit for the $750 million sale price, he got cold feet and walked away. Under French law, that meant he would have to forfeit his entire deposit. So YES he lost the $55 million deposit.

In May 2010, Mikhail Prokhorov won approval to purchase the New Jersey Nets NBA team. He soon renamed the team the Brooklyn Nets and moved the team into a brand new stadium. He paid $223 million and agreed to take on $160 million worth of debt to acquire an 80% stake in the team and 45% of the arena. At the time of the transaction he shared the team with real estate developer Bruce Ratner. Entrepreneur and hip hop artist Jay-Z  formerly owned a very small percentage of the team as well. In August 2019 Mikhail reached a deal to sell what by then was a nearly 100% stake in both the stadium and team for $3.5 billion.

Mikhail Prokhorov was born in 1965 in Moscow, Soviet Union. His father, Dmitri, was a trained lawyer who managed international relations for the Soviet Committee of Physical Culture and Sport, while his mother, Tamara, served as a materials engineer at the Institute for Chemical Machine-Building. He has an older sister, Irina, and is of Jewish descent. Prokhorov attended the Moscow Finance Institute, graduating in 1989. Subsequently, he worked in a management position at the International Bank for Economic Cooperation until 1992. Following this, he was the head of the management boards of the MFK Bank and the United Export-Import Bank. At the latter institution, Prokhorov served alongside business partner Vladimir Potanin, who was introduced to him by his college friend.

At the age of 27, Prokhorov teamed up with Potanin to run the holding company Interros. In 1995, through this company, they purchased Norilsk Nickel, one of the biggest nickel and palladium producers in Russia. During this time, the nation was experiencing extreme deregulation and privatization of industries that were previously state-owned, allowing Prokhorov and Potanin to acquire workers' shares at a fraction of their market value, and take ownership of Norilsk. Upon his departure in 2007, Prokhorov's company share was valued at $7.5 billion.

In the financial sector, Prokhorov's first significant success was with MFK bank, a depository institution for the Russian government. From 1992 to 1993, he served as the bank's Chairman of the Board. Afterward, he was the Chairman of the Board for Onexim bank, run by Potanin. Later, Onexim acquired the oil company Sidanko, as well as the Novorossiisk marine shipping company and a major share of the Northwest marine shipping company.

In 1996, Prokhorov was appointed to Norilsk Nickel's Board of Directors. After selling off most of Norilsk's non-mining assets, Prokhorov worked to modernize a complex mining operation that used icebreakers to transport metal across the frozen Arctic region. His solution was to invest in an innovative freighter from Finland that didn't require icebreakers. Later, Prokhorov converted Norilsk's gold-mining interests into the corporation Polyus Gold, which has an estimated worth of $8.5 billion. Polyus holds the third largest gold reserves in the world, with 64.4 million ounces of proven and probable reserves. 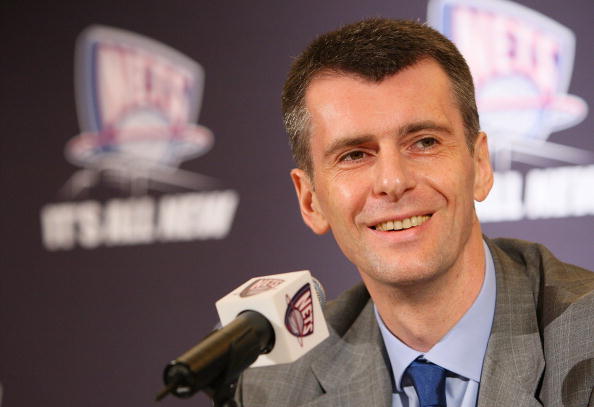 Following his resignation as Norilsk CEO in 2007, as well as his separation from Interros, Prokhorov established the private investment fund ONEXIM Group. At the time, the company's assets were valued at $17 billion. In 2008, Prokhorov sold his stake in Norilsk to the mining conglomerate United Company RUSAL, in exchange for RUSAL stock and around $5 billion in cash. Only three months later, an enormous crash in the stock market cut the value of most Russian companies in half; Prokhorov emerged as one of only a few businesspeople to have cashed out before the disaster. However, the value of his interests in other companies did experience decline.

Among other endeavors, ONEXIM focuses on developing nanotechnology, and invests in many cutting-edge technology projects. In 2007, the Russian Prime Minister announced the formation of the Government Council for Nanotechnology; Prokhorov was among the 15 individuals appointed. Toward the end of 2008, ONEXIM Group purchased 50% of Renaissance Capital, a high-profile Russian investment bank; it also acquired Optogan.

Other Business Interests and Investments

Prokhorov maintains business interests in a wide variety of areas. Beyond mining and metallurgy, these include utilities, media, and real estate development. He has stakes in such companies as IFC-Bank, Soglassye insurance company, Quadra, and Open Investments.

Additionally, Prokhorov owns many international investments, including two private hospitals in Israel. In the past, he has financially supported the basketball, football, and hockey clubs of CSKA Moscow, and in 2004, founded the Cultural Initiatives Foundation, a charitable foundation headed by his sister. In 2009, Prokhorov bought a controlling interest in the NBA's New Jersey Nets, which later became the Brooklyn Nets. This made him the first ever non-North American NBA team owner. He also acquired a 45% interest in the Barclays Center arena. Later, in 2017, Prokhorov sold 49% of the Nets to Joseph Tsai, and two years later, sold him the remaining 51%. Among his other business ventures, Prokhorov is one of the biggest investors in the virtual reality company Sensorium Corp.

In 2011, Prokhorov joined the leadership of Right Cause, a Russian pro-business political party in opposition to Prime Minister Vladimir Putin. Later, following the legislative elections that saw another win for Putin, Prokhorov announced that he would contest the election as an independent. He was able to collect the two million signatures he needed to allow him to run for the presidency, and ended up with 7.94% of the vote. In June of 2012, he established and became the leader of a new political party, Civic Platform; three years later, he resigned and left the party.

Prokhorov has been engaged twice, but never married. 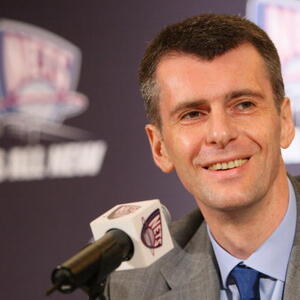