Mikhail Gutseriev Net Worth: Mikhail Gutseriev is a Russian entrepreneur, businessman and poet who has a net worth of $3.4 billion. The owner of several major companies: "Russneft",NK "Neftisa", OAO "Russian Coal", ZAO "Mospromstroy" and GCM Global Energy, Gutseriev ranks high among Russia's richest. In addition to the above, he also holds large assets in real estate, including in "National" Hotel and luxury shopping centers, Petrovskiy and Smolenskiy Passage.

As of 2012, Gutseriev started to invest into the media business, and has acquired 7 radio stations to date. Born Mikhail Safarbekovich Gutseriev on March 9, 1958 in Russia, he graduated from Kazakh Technological Institute and went on to take degrees in law and a Ph.D. in economics, majoring in free economic zones. Before he established himself as a successful self-made businessman, Mikhail Gutseriev had made his way up from laborer to General Director in the Grozny Industrial Association. What's more, he was one of the first to found a cooperative bank in the country, being a pioneer in the private banking sector in the Soviet Union. 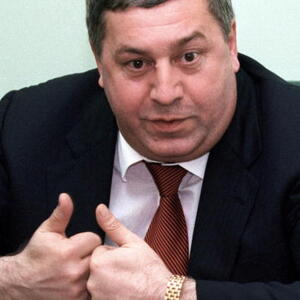