How much is Mike Ashley Worth?

Michael Ashley Net Worth: Michael Ashley is an English retail entrepreneur who has a net worth of $6.3 billion. Making his fortune in the sporting goods market through his retailing group Sports Direct, Ashley is also the owner of the Premier League soccer club Newcastle United. Born Michael James Wallace Ashley in 1964/65, Burnham, Buckinghamshire, he started his sports-clothing chain after leaving school in 1982. He remained the company's sole owner until a 2007 IPO, when he also sold a portion of the company and pocketed $1.8 billion. Later that year, upon becoming a billionaire, Ashley gave around £135 million to buy Newcastle. Not happy with the deal, he unsuccessfully tried to sell the club twice and upset fans by renaming the club's home stadium the Sports Direct Arena. A reclusive person and shrewd negotiator who prefers casual dress, Michael Ashley remains executive deputy chairman of Sports Direct and owner of Newcastle. 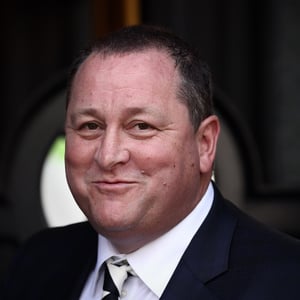