Michele Ferrero Net Worth: Michele Ferrero was an Italian businessman who had a net worth of $25 billion dollars. That made him him the richest man in Italy while he was live. Michele Ferrero was the owner of Ferrero SpA, the chocolate company responsible for Nutella, Tic Tacs, Ferrero Rocher, Mon Cheri, Kinder Chocolate, and Kinder Eggs, among others.

He was born on April 26, 1925, in Dogliani, Italy. He inherited the chocolate maker in the 1950s, and eventually went on to grow the company into the fourth-largest manufacturer of chocolate and other confectionery products in the world. Maybe his father Pietro Ferrero was the mastermind behind the creation of today's Nutella, but it was Michele's business acumen that turned the product into a global brand. Under his leadership, numerous other brands were launched including Ferrero Rocher, Mon Cheri, Pocket Coffee and the famous pocket mints Tic Tac. Today, the company operates more than 70 affiliated companies, has 15 production plants and numbers nearly 22,000 employees worldwide. In 1997, Michele's two sons, Giovanni Ferrero and Pietro Ferrero, took over the lead of the company, while he remained the patriarch of the Italian chocolate dynasty. The unfortunate death of Pietro left his brother a sole CEO of the group. Despite being one of the richest people in the world and the richest person in Italy, Michele Ferrero was widely known for being very secretive and is rarely seen in public without sunglasses. Michele Ferrero died on February 14, 2015. 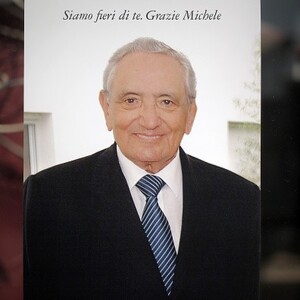