Michael Otto net worth: Michael Otto is a German businessman who has a net worth of $16 billion. Michael Otto is best known for being the head of the German conglomerate, Otto Group, which is also the world's largest mail order company. The company also holds the second largest position for online retailers, behind conglomerate Amazon.com.

His company once owned Spiegel, Inc., which is a parent to Eddie Bauer. However, the company filed for bankruptcy in 200. Then in 2005, Spiegel, Inc. was born out of Eddie Bauder Holdings, which is now mostly owned by Commerzbank. Otto's family also owns a large amount of real estate, which is spread out across the United States as well as Canada. They also own the shopping center chain, Crate & Barrel. Otto is known for his interests in environmentally-friendly ventures, and has worked to create a number of "green" products that are put out by his companies. In 1993 he founded the Michael Otto Foundation, which works to help multi-million dollar companies stay invested in environmentally friendly issues. He has earned two doctorate degrees, one from the University of Hamburg and the other from the University of Munich. Otto is married and the father of two children. 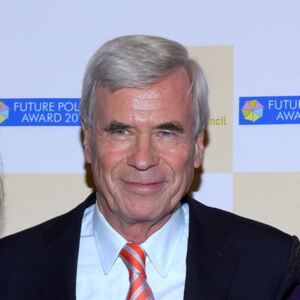