Michael Moritz Net Worth: Michael Moritz is a Welsh venture capitalist who has a net worth of $2.6 billion. The Chairman of the Silicon Valley's venture capital firm, Sequoia Capital, he was forced to abandon company's day-to-day management due to an undisclosed illness in 2012. Still active in making investments, Moritz recently drew his firm's Series A investment in same-day grocery delivery startup, Instacart.

Being a partner at Sequoia for Michael Moritz meant investing in some of Silicon Valley's most notable companies, like Google, LinkedIn, Yahoo and PayPal. He was even one of the members of Google's board of directors for some time. A signatory of The Giving Pledge and an avid philanthropist, he made numerous contributions to charities and educational institutions. In June 2013, Mr. Moritz was knighted for all of his services that promoted British economic interests as well as his great philanthropic work. In addition to the above, he is known as a vocal supporter of Manchester United Football Club of the British Premier League. 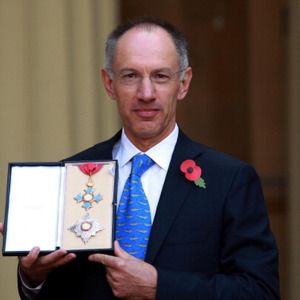