Michael Hintze Net Worth: Michael Hintze is a British-Australian businessman who has a net worth of $1.8 billion. One of the richest people in the UK, Michael Hintze ranks high in billionaire circles thanks to his hedge fund firm CQS LLP. Born on July 27, 1953 in Harbin, China, he took his BS in engineering and physics from the University of Sydney.

Next, he continued his studies at the University of New South Wales and Harvard University where he completed his MBA. Upon graduation, he spent three years with the Australian Army, after which he moved to New York. In the Big Apple, Hintze earned training in the financial services and eventually started to work for Credit Suisse First Boston and Salomon Brothers. Once he got relocated to London, he started his tenure at Goldman Sachs as the head of Equity Trading. It was in 1999 that he set up his own hedge fund firm called CQS. By 2013, he was honored with three awards from the Financial News Awards for Excellence in Institutional Hedge Fund Management which include the "Best Multi-Hedge Fund Manager," "Best Hedge Fund Manager in Credit," and "Best Hedge Fund Manager Overall." 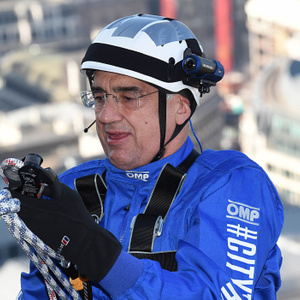