Michael Ashcroft Net Worth: Michael Ashcroft is a British-native businessman, philanthropist and politician who has a net worth of $1.4 billion. Now holding dual British and Belizean nationality, Michael Ashcroft draws his fortune from both founding and selling numerous companies. One of his most bankable deals is the home security giant ADT, which he gave to Tyco International for $6.7 billion in 1997.

Born Michael Anthony Ashcroft on March 4, 1946 in Chichester, West Sussex, England, he first attended Royal Grammar School, High Wycombe, and then studied at Anglia Ruskin University. Upon graduation, he made a hiatus and spent some time on the dole before landing a job at Pritchard Group Service. Within the three years in the company he made a quick way up to a managerial position and that made him start his own business, Michael A. Ashcroft Associates. He set it up in 1974 when he bought the loss-making cleaning company, Uni-Kleen, for just £1. He needed three years to turn the company around, selling it for £1.3 million. His second significant acquisition was the Hawley-Goodall, after which many other followed. Aside from his business, Michael Ashcroft has also served as the Conservative Party's treasurer and its deputy chairman. Not being on good terms with the media, he won a court fight against U.K.'s Independent newspaper, suing it for libel in 2009. He has a rare collection of 180 Victoria and George crosses, the highest honor Britain grants to its military and honorary civilians. Additionally, he is a trustee for the Imperial War Museum in London. Having established himself as a great philanthropist as well, Michael Ashcroft signed the Giving Pledge in May 2013. 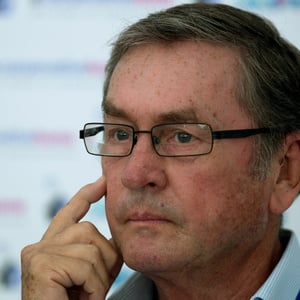