What is Masayoshi Son's Net Worth?

Masayoshi Son is a billionaire Japanese tech entrepreneur, investor, and philanthropist who has a net worth of $30 billion. Masayoshi Son is the founder and CEO of the multinational holding company SoftBank. Masayoshi Son owns roughly 25% of SoftBank which is invested in about one thousand internet businesses.

Son has pledged 94 million shares as collateral against loans. He also serves as the chairman of the British company Arm Holdings, which his company purchased in 2016. Despite losing the most money of anyone in history due to the 2000 dot com crash, Son remains one of the richest people in the world.

Masayoshi Son was born on August 11, 1957 in Tosu, Saga, Japan. He is a third-generation Zainichi Korean, meaning he is ethnically Korean and a naturalized Japanese citizen. He has three brothers, including Taizo Son, who also went on to become a serial investor and entrepreneur. Son wasn't always so rich; he was raised in a poor farmer family, living among the sheep and pigs. After working at a McDonald's in Japan, he left to complete his education in California. There, he finished his high school studies at Serramonte High while staying with family and friends in San Francisco. Son went on to attend the University of California, Berkeley as an engineering major.

Son began his first business ventures while still a student at Berkeley. Assisted by some of the school's professors, he created an electronic translator that he managed to sell to Sharp Corporation for $1.7 million. He made equally significant money by importing used video game machines from Japan and installing them in restaurants and on college campuses.

After graduating from Berkeley with a bachelor's degree in economics in 1980, Son launched the company Unison in Oakland. Upon returning to Japan, Son decided to permanently use his Korean surname instead of the family's adopted surname of Yasumoto, in order to be a role model for other ethnically Korean kids in Japan.

At the age of 24 in 1981, Son founded the Tokyo-based company SoftBank, which started as a software distributor. The next year, it entered into the publishing business with the launches of Oh! MZ and Oh! PC magazines, which covered the Sharp and NEC computers, respectively. The company went public in 1994 at a value of $3 billion. SoftBank continued to expand exponentially over the ensuing years. In 1995, it bought the media conglomerate Ziff Davis for $2.1 billion, and purchased the computer expo trade show COMDEX for $800 million.

Son went on to use his money to invest in early Internet services, including Yahoo!, with which he formed a joint venture in 1996. A few years later, he made a $20 million stake in the Chinese technology company Alibaba, which turned into a $60 billion stake when Alibaba later went public in 2014.

In October of 1999, SoftBank became a holding company. It invests primarily in the energy, technology, and financial sectors, and operates the Vision Fund, which is the largest technology-focused venture capital fund in the world. Among SoftBank's specific areas of operation are fixed-line telecommunications, e-commerce, marketing, and information technology. The group stands as the second-largest publicly traded company in Japan after Toyota. 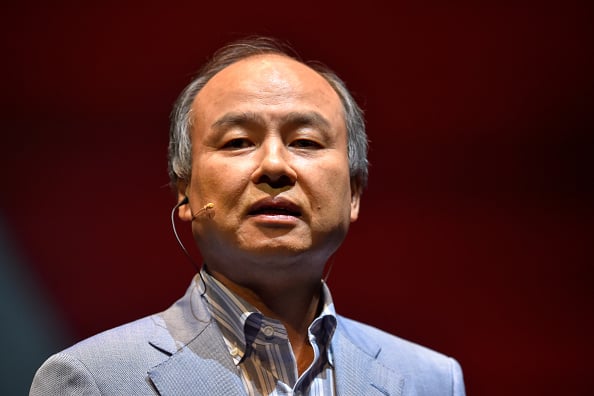 In 2016, SoftBank bought the British semiconductor and software design company Arm Holdings for $34 billion, the biggest purchase ever of a European technology company. The primary business of Arm is the design of CPUs and other chips, software development tools, and systems and platforms. Its processor designs are used in everything from computers to smartphones and safety systems. The company also makes AI accelerator chips for neural network processing. Beyond these operations, Arm also serves as a holding company. In September of 2020, it was announced that the US-based chip-maker Nvidia would purchase Arm from SoftBank for $40 billion, with SoftBank acquiring a 10% share in Nvidia in the process.

SoftBank maintains the $100 billion venture capital Vision Fund, which invests in emergent technologies such as artificial intelligence, robots, and the Internet of Things. Additionally, it makes investments in companies striving to revolutionize transportation, real estate, and retail. Son intends to raise $100 billion for a new fund every few years, with the goal of investing around $50 billion per year in startups. Among the companies the Vision Fund has invested in are Didi, Grab, Paytm, Uber, Doordash, Coupang, and WeWork.

Other Purchases and Investments

Among Son's many other investments, he has a 76% share in Sprint, which has grown to be about 84% via SoftBank's further accumulated shares. Son is also heavily involved in solar power, having invested in the largest-ever solar project following the Fukushima Daiichi nuclear disaster of 2011. The 200GW project is planned for Saudi Arabia as part of the country's Vision 2030 plan.

While in college at Berkeley, Son met his wife Masami Ohno. The couple has two daughters, and lives in a three-story, $50 million mansion in Tokyo that boasts a cutting-edge temperature-controlled golf course. Son also owns a home in Woodside, California that he purchased for $117 million.

Son purchased the Tiffany Building in Ginza for $326 million. 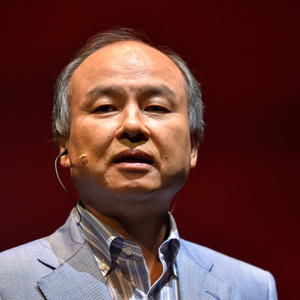