Martin Viessmann Net Worth: Martin Viessmann is a German Businessman who has a net worth of $2.7 billion. He established himself as one of Germany's richest as the owner of Viessmann Riesman Werke GmbH, a leading maker of heating equipment and boilers in Europe. He inherited the company from his father, who first started the business more than 90 years ago.

Over the years, the company expanded and now is operating in ten manufacturing plants found in different countries worldwide including China, Poland, Germany and Canada. A graduate of the University of Erlangen, Viessmann he joined Viessmann shortly after graduation and he also served as the Managing Director of Viessmann Limited. Next, he worked as President of Viessmann Manufacturing Company before moving to the supervisory board in 2008 to concentrate on the strategy for further growth of the company. Today, he is the CEO and Chairman of the Managing Board of Viessmann Werke GmbH & Co. Through his growing company, Mr. Viessmann supports the Viessmann Academy to provide training for heating architects and engineers. In May 2012, he was presented with an honorary doctorate from the University of Wisconsin. 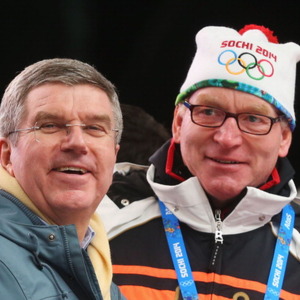