The Mars Family Net Worth

The Mars Family Net Worth and combined wealth: The Mars Family is an American family of entrepreneurs who have a combined net worth of $90 billion. One of the richest families in the United States, they own the confectionery company Mars, Inc., that bears their name. Mars, considered to be the largest confectionery company in the world, makes an annual turnover of around $27.5 billion.

The company's leading brands include the Milky Way bar, M&Ms and Snickers, the latter being named after a favorite family horse. Mars also became a leading manufacturer of pet food, with Pedigree and Whiskas having as its key pet-care brands. Known for its privacy, Mars is owned by the third generation of the family, i.e., siblings Forrest, 79, John, 74, and Jacqueline Mars, 71. It was only in 2008 when the company briefly made the headlines by making a joint purchase of Wrigley, the chewing gum company, with Warren Buffet (qv) for $23 billion. Along with other assets, the Mars family's net worth is believed to reach $90 billion. 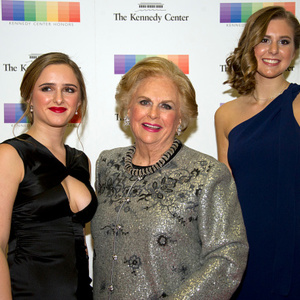