Mario Gabelli Net Worth: Mario Gabelli is an American stock investor, investment advisor, and financial analyst who has a net worth of $1.86 billion. Mario Gabelli is the founder, chairman and CEO of Gamco Investors, a global investment firm with more than $30 billion under management. Born Mario Joseph Gabelli on June 19, 1942 in the Bronx New York City, he was just 13 when he first started buying stocks. He continued to hone his investing skills, first at the Fordham University and then at Columbia Business School, where he was taught by the best value investing professor at the time, Roger Murray. Upon graduation, he spent some time working at Loeb, Rhoades & Co. before setting up his own investment company Gamco Investors in 1977. Ever since, he has turned the company into a diversified financial services corporation. Unlike many, Gabelli does not receive salary, bonuses, or stock options. Instead, he prefers to be paid by a management-fee-based compensation. Thus, he received $68 million in 2013. Also an avid giver, Mario Gabelli donated $25 million to his alma mater, Fordham University in 2010. To date, it is considered as the largest single donation in the school's history. Also, he pledged $15 million to support the construction of a new Columbia Business School campus in 2013. 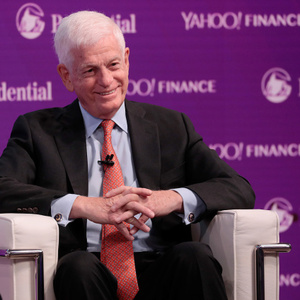