Marian Ilitch net worth: Marian Ilitch is an American businesswoman and entrepreneur who has a net worth of $4 billion. Marian Ilitch was born in Dearborn, Michigan in January 1933. She is best known for being the co-founder of Little Caesars Pizza along with her late husband Mike Illitch.

She is also the owner of the Detroit Tigers of Major League Baseball and the Detroit Red Wings of the National Hockey League. The couple founded Little Caesars Pizza in 1959 and have expanded to restaurants, sports, gaming, and entertainment. She was one of the first investors in the MotorCity Casino in Detroit. In 1999 Illitch Holdings, Inc. was formed and Marian became chairwoman when her husband passed away. Marian Ilitch has won several awards and was inducted into the Michigan Women's Hall of Fame in 2001. In 2010 she was inducted into the Michigan Sports Hall of Fame and was called the #1 woman business owner in the nation by Working Women Magazine. 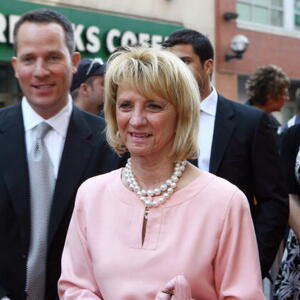