Marcel Herrmann Telles net worth: Marcel Herrmann Telles is a Brazillian businessman who has a net worth of $14 billion. Together with his longtime billionaire partners Jorge Paulo Lemann and Carlos Alberto Sicupira, Marcel Telles controls the world's largest beer company Anheuser-Busch InBev. The trio also established an investment firm 3G Capital, which is best known for the acquisition of Burger King, one of the leading consumer brands in the world. Furthermore, they share control of Brazilian retailer Lojas Americanas. Apart from the above, Telles was a partner of Garantia Merchant Bank from 1974 until July 1998, when it was sold to Credit Suisse First Boston. In the period from 1974 to 1989, he was also Head Trader Board Member of Burger King, as well as Board Member of Lojas Americanas, Partner of GP Investimentos (Brazilian private equity firm) until 2004. Plus, he served as CEO of Brahma from 1989 to 1999. He managed to gain all of the above positions, after he graduated from Federal University of Rio de Janeiro with a BA and earned a business degree from Harvard University. Ever since, he has accumulated enough wealth to appear in The Forbes World's Billionaires list. As of March 2012, he is #178 among World's billionaires and #5 among wealthiest people in Brazil. Marcel is currently married with two children. In July 2014, Marcel Telles reportedly spent $31 million dollars to purchase a luxurious apartment in New York City.

Net Worth details: Marcel Telles earned most of his fortune based on his 4 percent stake in the world's largest beermaker Anheuser-Busch InBev. Telles is estimated to have a 25 percent stake in 3G Capital which has a 43 percent voting interest in Restaurant Brands International. 3G and Warren Buffett spent $4.1 billion to acquire Heinz in 2013. Along with his partners Jorge Paulo Lemann and Carlos Alberto Sicupira, Telles also owns Burger King. 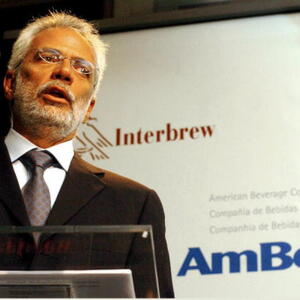