Marc Lasry Net Worth: Marc Lasry is a Moroccan-American hedge-fund manager who has a net worth of $1.82 billion. Marc Lasry secured his spot among the world's richest as the co-founder and CEO of Avenue Capital Group, as well as the co-owner of the NBA's Milwaukee Bucks with Wesley Edens.

A onetime bankruptcy lawyer with brief legal career, he decided to turn to investing and specialize in distressed assets. It was in 1995 that he teamed up with his sister Sonia Gardner to set the basis of Avenue Capital with around $10 million in cash. Today, the company manages more than $12 billion in assets. Business aside, Marc Lasry is a major donor to Democrats (Barack Obama included) and he was almost ready to leave his hedge fund company for a chance to become the U.S. Ambassador to France in 2013. 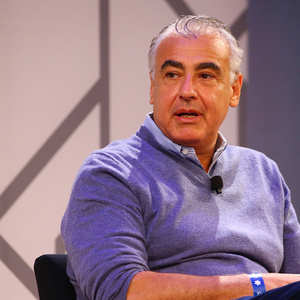