One of Fimalac's key daughter companies is Fitch Ratings, a group that operates in over 50 countries. Born in Nice, France on November 6, 1940, Marc Ladreit de Lacharriere was still studying at the École Nationale D'Administration when he started a teen magazine at the age of 21. But even though off to a good start, he decided to sell the mag and enrolled at the prestigious Ecole Nationale d'Administration, after which he joined Banque Indosuez. There, he made his way up through management. Next, he worked for a handful of companies like Masson, Valeurs Actuelles, Suez, as well as L'Oréal where he spent 15 years and became executive vice president of finance. Then, he established Fimalac in 1991 with the goal of becoming an international ratings agency, just as it is today. Aside from Fimalac, he also sits on the board of L'Oreal, Renault, and Casino Guichard-Perrachon. An avid theater fan, Ladreit de Lacharriere invested in the renovation of the Theater du Rond Point in Paris. Furthermore, he is a director of the Établissement public du Musée du Louvre (a body that executes administrative and financial duties for the Louvre Museum). As a philanthropist, he presides over Fondation Culture et Diversité, a fond that he set up in 2006 with his wife and daughter. Its aim is to help Young people start a career in the arts. 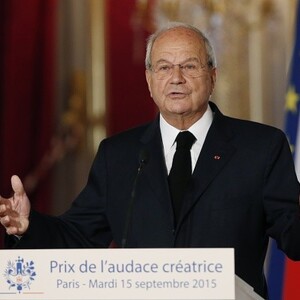