Malvinder Singh is best known for being a former chairman and CEO of Ranbaxy Laboratories, an Indian unit of Japanese drug maker Daiichi Sankyo. Ranbaxy was founded by the siblings' grandfather and then owned by their father, Malvinder and Shivinder inherited their family's 33.5% stake in Ranbaxy in 1999 upon the death of their father. They decided to sell their inheritance in 2008 for $2 billion, after which Malvinder resigned as Chairman and CEO in the company. Aside from their portion in Ranbaxy, they have shed a number of international assets to focus on their home market in India. To date, they have sold an Australian dental company, a Hong Kong health care firm and a Vietnamese medical chain, for a combined $700 million. They also reduced their share in Religare in order to comply with the law on minimum public shareholding and are keen to start a bank together. Today, the Singh sibling duo is in charge of the hospital chain Fortis Healthcare and financial services company Religare, among other assets. The brothers loaned a large amount of money to a guru. As of August 2018 they owe a $500 million fine for fraud in connection with the sale of their drug company in 2008. They are being sued of billions that were allegedly siphoned out of their financial company and healthcare company. 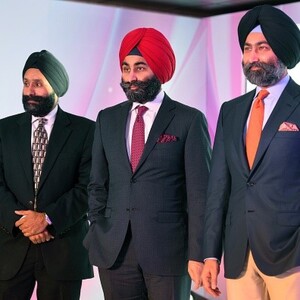