How much is Malcolm Glazer Worth?

Malcolm Glazer Net Worth: Malcolm Glazer was an American billionaire businessman and sports team owner who had a net worth of $4.6 billion dollars at the time of his death. He earned his first fortune in real estate then made dozens of extremely wise investments through his financial holding company, First Allied Corporation. Through First Allied, Malcolm acquired large stakes in companies like Formica and Harley Davidson.

Malcolm was also famous for being the owner of the NFL's Tampa Bay Buccaneers, which he purchased in 1995 for $192 million. Today the team, which is owned by his six children, is worth $2.3 billion. He also owned the English Premier League team, Manchester United. Today the team is also owned by his children and is worth around $2 billion.

Malcolm Glazer was born August 15, 1928 in Rochester, New York where he briefly attended Sampson College before he inherited his father's wholesale jewelry and watch repair business in 1943. In 1956, he expanded into real estate investing in single-family homes, duplexes, and commercial buildings in Rochester. He eventually moved into specializing in the ownership and management of mobile-home parks mainly in Florida. In 1963, he bought the National Bank of Savannah in upstate New York. In 1973, he bought the first of five nursing homes he was to own, the West Hill Convalescent Center in Hartford, Connecticut. In 1976, he purchased three television stations for $20 million including WRBL in Columbus, Georgia. 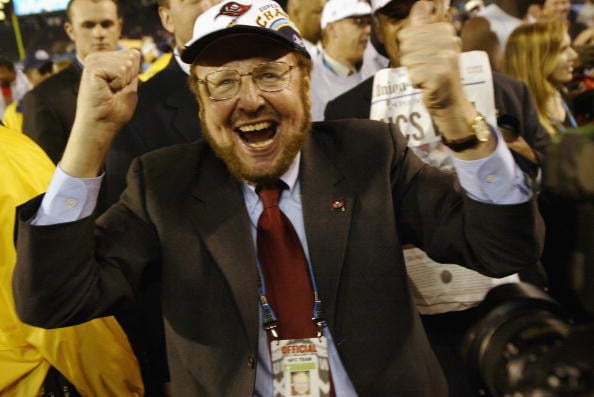 In 1984, he founded First Allied Corporation, a holding company for his various endeavors where he served as president and chief executive officer. First Allied has invested in a diverse portfolio of international holdings and public companies including: First Allied, Houlihan's Restaurant chain, Harley Davidson, Formica, Tonka, and Omega Protein.

Glazer purchased the Tampa Bay Buccaneers franchise on January 16, 1995 for $192 million. Glazer acquired ownership of the soccer club Manchester United in a $790 million takeover by gradually buying out United shareholders between 2003 and 2005. 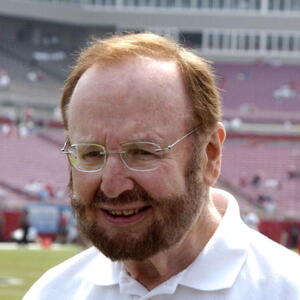