Back then, he sold an equal stake of the company to each of his four children. But after siblings Miriam and Markus have sold their shares to Magdalena and Rahel, the two became the largest shareholders in the company. Magdalena, who is also a CEO, gets almost all of her fortune from her 30% stake in Ems-Chemie that is now worth $2.7 billion. Prior to getting her post at the EMS-Chemie board of directors in 2001, Martullo-Blocher held high (management) positions at Johnson & Johnson and Swiss beverage maker Rivella. While Magdalena manages the $2.1 billion (sales) company, her father Cristoph is still an eminent leader of the conservative Swiss People's Party, country's largest political party. 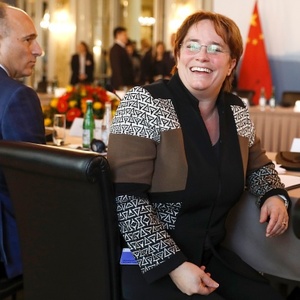