Lui Che Woo net worth: Lui Che Woo is a Chinese businessman who has a net worth of $15 billion. Born in 1929, Lui Che Woo made his original wealth through his development company K. Wah International, prior to winning one of six coveted Macau gaming licenses. As a founder of K. Wah Group, he now serves as a chairman of the company founded in the 1950s, which currently includes K. Wah International Holdings Ltd. (Stock code: 173.HK), Galaxy Entertainment Group Limited (Stock code: 27.HK), Stanford Hotels International Limited and K. Wah Construction Materials Limited. Throughout the years, K. Wah has grew into a multi-national conglomerate with over 200 subsidiaries and more than 20,000 employees in Hong Kong, Mainland China, Macau, North America and Southeast Asia. In May 2011, Lui Che Woo opened his biggest casino project, the Galaxy casino and hotel in Macau with 2,200 rooms, 50 restaurants, 450 gambling tables, an artificial beach and a wave pool. Lui's eldest son and his vice-chaiman, Francis Lui, now manages the gambling side of the family business, as well as the huge casino project with a second phase slated for completion in 2015. Apart from being the fifth richest man in Hong Kong, Lui is a married man with 5 children.

Net Worth details: Lui Che Woo owns 37 percent of Macau casino operator Galaxy Entertainment. Woo is the owner of 53 percent of K. Wah International, a Hong Kong property developer. He is a philanthropist who has donated more than 340 million shares of Galaxy and 280 million shares of K. Wah. Lui is the owner of Stanford Hotels Corporation and Stanford Hotels International which includes InterContinental Grand Stanford Hong Kong. 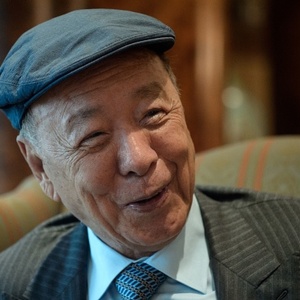