Lucy Peng net worth: Lucy Peng is a Chinese businesswoman who has a net worth of $2 billion. She is best known for being a founder of the Alibaba Group.

Lucy Peng was born in Wanzhou, Chongqing, China. She is known for being one of about 20 self-made female billionaires in China. Lucy Peng graduated from Zhejiang Gongshang University. She taught at a university for five years and then joined her husband and Jack Ma in founding Alibaba in 1999. Lucy Peng managed the HR department. She served as CEO of Alipay from 2010 to 2013 and became CEO of Alibaba Small and Micro Financial Services in 2013. Lucy Peng founded Ant Financial Services Group in 2014. The company is expected to break the record for the world's largest private fundraising for an internet company when it eventually goes public. It was supposed to go public in November 2020 until Chinese regulators pulled the plug on the IPO.

Peng has served as Alibaba's chief people officer and chief human resources officer. The company's valuation prior to its record setting IPO made her a billionaire in 2014. She is also known by the name Peng Lei. 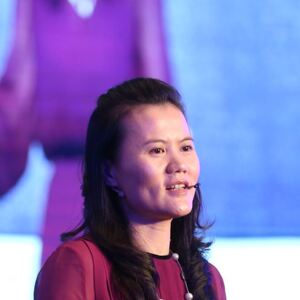