How much is Louis Moore Bacon Worth?

Louis Moore Bacon net worth and salary: Louis Moore Bacon is an American hedge fund manager and trader who has a net worth of $1.6 billion dollars. Louis Moore Bacon was born in Raleigh, North Carolina in July 1956. He probably most famous for being the founder of the hedge fund Moore Capital Management. His father started the real estate company Bacon & Co. and also headed Merrill Lynch and Prudential Financial's real estate in North Carolina. Louis graduated from Middlebury College and received his MBA from Columbia Business School. After school he joined Bankers Trust's sales and training program. He worked as a runner on the floor of the New York Stock Exchange. He became the senior vice president of the futures trading division at Shearson Lehman Brothers. He founded Remington Trading Partners in 1987. He founded Moore Capital Management LLC in 1989 and created Moore Global Investments in 1990. He created the Moore Charitable Foundation in 1992 to help nonprofits. He has donated 90,000 acres to become a conservation area. He married Gabrielle Sacconaghi in 2007 and has four children from his previous marriage to Cynthia Pigott. He was granted a court order to obtain information from internet companies to identify internet users who defamed him. 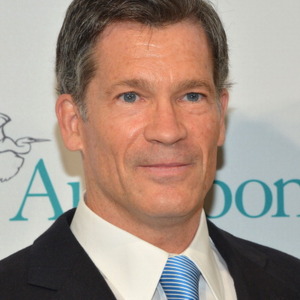