Liu Zhongtian Net Worth: Liu Zhongtian is a Chinese businessman who has a net worth of $2.1 billion. Liu Zhongtian is the founder and chairman of China Zhongwang, one of the world's largest producers of aluminum extrusion products, meant for use in the transportation industry. A graduate of Liaoning Radio and TV University, he worked as the Chairman of Futian Chemical, Hong Cheng, Liaoyang Factory and Liaoning Cheng Cheng before setting up his own company.

It was in 1993 that he established China Zhongwang Holdings Limited with headquarters in Liaoning province, China. Apart from his involvement in China Zhongwang, Mr. Zhongtian also serves the Vice Chairman of Liaoning Federation of Industry and Commerce, as well as he is a member of the executive committee of the All-China Federation of Industry and Commerce. Liu Zhongtian's wealth escalated for $200 million from a year ago, despite a decline in the China Zhongwang share price. The rise in his fortune owes mainly to the addition of Liu's wife's stake in plastic-maker Liaoning Hongcheng Plastic Profile. Mr. Zhongtian currently resides in Liaoyang, China. 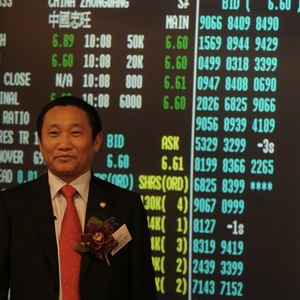