Liu Yongxing net worth: Liu Yongxing a Chinese businessman who has a net worth of $9 billion. Liu Yongxing is the chairman of Hope Oriental Corporation. He started out repairing electrical products, then he started making money with his three brothers (Liu Yongyan, Chen Yuxin and Liu Yonghao), who were selling quail and later feed in rural Sichuan Province in the early 1980s, thus establishing their Hope Group. Ever since, they turned their corporation in one of the country's best private-sector success stories at the start of the economic reforms under Deng Xiaoping. Each of the four brothers went separate ways in the mid-1990s. Since then, Liu Yongxing's East Hope Group with headquarters in Shanghai has grown into one of China's largest privately held industrial materials manufacturers. Yongxing's company is putting more than $1 billion in an aluminum and power complex in Xinjiang, and it's also investing into commercial real estate in Sichuan's capital.

Net Worth details: Yongxing Liu's family owns East Hope Group which consists of animal feed and industrial materials businesses. Liu is the chairman of East Hope Group and is credited with all his family's shares. In 2013 he was on record saying the group had annual sales of $11.4 billion. The East Hope Group also has interests in energy, aluminum production, and property. 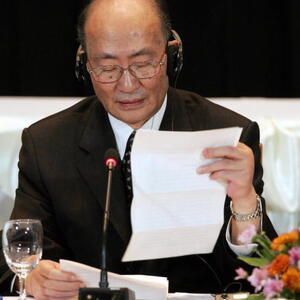