Liu Yonghao Net Worth: Liu Yonghao is a Chinese entrepreneur who has a net worth of $5.1 billion. Born in 1948, Yonghao made his wealth as Chairman of the New Hope Group and Vice-Chairman of China Minsheng Bank. A graduate of the Faculty of Mathematics of Chengdu Teachers' School in 1978, he quit his job as a teacher at the technical school to found Hope Group, together with his brothers.

They have started the business by investing in breeding quails and chickens in order to sell them to other farmers. By 1992, the company had grown up to be one of China's largest animal-feed businesses and non-government corporations. Few years later, the brothers decided to split their company and to branch it into other projects. Liu Yonghao renamed his company into the New Hope Group, which currently is considered to be China's largest agricultural business enterprise that specializes in producing eggs, meat and dairy products. Reportedly, the New Hope Group have been negotiating with the Blackstone Group for the purchase of Inghams Enterprises, an Italian poultry company. In an interview with the Financial Times, Liu claimed that he was making his efforts on developing agricultural co-operative to help farmers in expanding their farms, and for now, his company had helped more than 100 farms. Additionally, Younghao serves as the Vice-Chairman at China Minsheng Bank, and holds 7% of the shares. 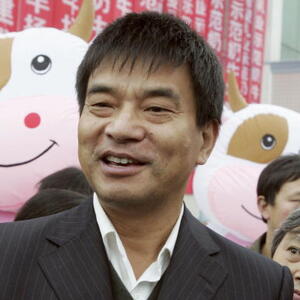