Liu Qiangdong Net Worth: Liu Qiangdong, also known as Richard Liu, is a Chinese businessman who has a net worth of $7.9 billion. Thanks to the fast growth of his JD.com, Liu Qiangdong became one of the top entrepreneurs in China's e-commerce market. It was back in 1998 that Liu started his first business in Beijing as a distributor of magneto-optical products.

He used $2000 worth of personal savings to launch the business. Six years later, he launched his first online retail website which would eventually be known as JD.com. He reportedly paid $5 million to buy the domain name JD.com. Since then, the company has grown and pulled such investors as venture capital firm Sequoia and funds controlled by Saudi Prince Alwaleed Bin Talal. Mr. Liu owns 17% of the company which currently trades on the NASDAQ stock exchange. Walmart owns 10% of the company and in June 2018 Google invested $500 million to acquire a 1% stake. JD.com has 300 million active users and generates $55 billion a year in revenue. It is one of the 20 largest websites on the planet. Liu Qiangdong has been married to Chinese social media personality Zhang Zetian since 2015. Together they have two children. 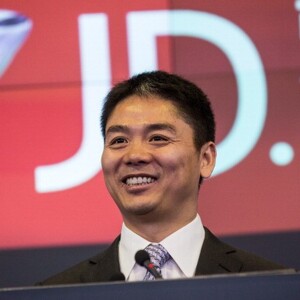