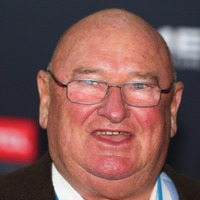 Lindsay Fox Net Worth: Lindsay Fox is an Australian businessman who has a net worth of $2.4 billion. Having established himself as a trucking magnate, Lindsay Fox is the owner of Linfox, Australia's biggest privately held trucking and logistics company. What was founded with a single truck in 1956 has grown into a trucking leader in the country with 3.2 million square meters of warehousing and 5,000 vehicles across 10 countries, as well as more than 18,500 employees in Australia, New Zealand and Asia. Even though Mr. Fox had a tough year in 2011, he has seen a major improvement in Linfox over the last few years. More precisely, his wealth has swelled by approximately 25% since then. Staying away from the day-to-day operations in the company, Linfox is now managed by his son Peter, who is executive chairman, and his another son, Andrew, who runs property division.