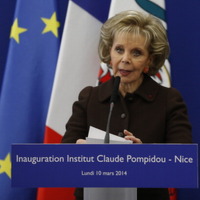 Lily Safra net worth: Lily Safra is a Brazilian-Monegasque philanthropist and social figure who has a net worth of $1.2 billion. After four marriages, Lily Safra made a fortune that placed her on the 3rd place on the list of Monaco's richest people as of March 2013. The last portion of her fortune, she inherited from her late husband Edmond Safra, a billionaire banker who died in a fire in his Monaco apartment in 1999. Safra made her name as a socialite and philanthropist, supporting numerous foundations, organizations, and charities. In January 2013, she donated $2 million to the Michael J. Fox Foundation for Parkinson's Research, where she has donated nearly $20 million since 2001. Also, she pledged an accompanying $4.5 million over two years from the Edmond J. Safra Foundation. In May 2012, Safra's jewelry collection of 70 items was auctioned off in a "Jewels For Hope" event at Christie's in Geneva that raised almost $38 million, which she donated to 32 charities. Nowadays Safra splits her time between London and New York, although she owns homes in Geneva and Monaco. This billionaire lady counts Prince Charles of the UK and his wife, Camilla, among her notable friends.