At the end of her life, Liliane owned 185 million shares of L'Oreal, roughly 33% of the company. Liliane also owned 30% of Nestle. She was the largest individual shareholder of both companies. Liliane Bettencourt co-founded the Bettencourt Schueller Foundation with her husband and daughter to support scientific research, humanitarian projects, and the arts.

She gained notoriety for her affair with writer and artist François-Marie Banier, upon whom she bestowed lavish gifts, and for her legally-fraught relationship with her estranged daughter.

She was one of the most high profile victims of famous embezzler and financial Ponzi scheme perpetrator Bernie Madoff.

Liliane Bettencourt died on September 21, 2017 just one month shy of her 95th birthday.

Liliane Bettencourt was born in 1922 in Paris, French Third Republic as the only child of Louise and Eugène, the latter of whom founded L'Oréal in 1909. When Bettencourt was five, her mother passed away, causing her to form a close bond with her father. At the age of 15, she joined his company as an apprentice, and began mixing cosmetics and labeling shampoo bottles.

When her father passed away in 1957, Bettencourt inherited the L'Oréal fortune and became its principal shareholder. Despite the company going public in 1963, she continued to own a majority stake. In 1974, fearing that the French elections would result in the nationalization of the company, Bettencourt exchanged nearly half of her stake for a 3% stake in the Nestlé corporation.

By the end of 2012, Bettencourt owned around 30% of L'Oréal's outstanding shares. That year, she ended her tenure as Board Director, appointing her grandson Jean-Victor in her place.

In the late 80s, Bettencourt met artist, writer, and celebrity photographer François-Marie Banier, who was photographing her for a French magazine. Over the following years, they became close friends, with Bettencourt emerging as his benefactor. She gifted him with items and assets worth over €1.3 billion, including exorbitant life insurance policies and original paintings by artists such as Picasso, Mondrian, Matisse, and Léger. Following the death of Banier in 2007, Bettencourt's daughter Françoise filed a criminal complaint accusing the late Banier of abusing and exploiting her mother. However, in 2010, tape recordings made by Bettencourt's butler, Pascal Bonnefoy, revealed that Bettencourt had made Banier her sole heir. Many lawsuits and arguments followed, leading to increased conflict between Bettencourt and her estranged daughter.

While the fallout from the affair was still ongoing, Bettencourt became involved in a political scandal when it was discovered that she had been evading taxes by routing huge sums of cash to undeclared Swiss bank accounts. It was also found, via her butler's tape recordings, that Bettencourt had been conspiring with French budget minister Éric Woerth to avoid her taxes. The scandal grew even bigger when Bettencourt's former accountant alleged that Bettencourt frequently gave unlawfully large donations to conservative French politicians, including former president Nicolas Sarkozy. 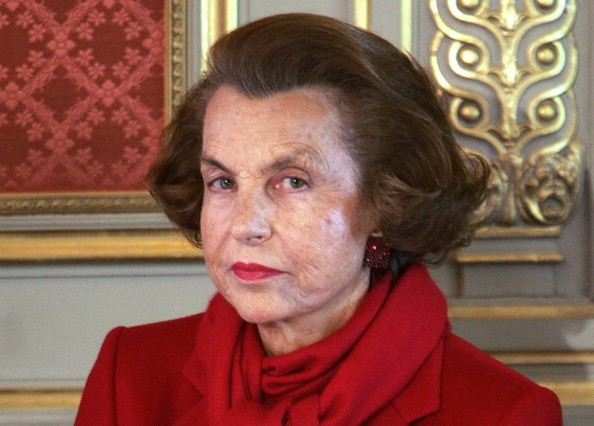 In 1987, Bettencourt cofounded the Bettencourt Schueller Foundation to champion and develop humanitarian, cultural, and medical initiatives. The Foundation commits about half of its funds to scientific research and education, with the remainder going to social, cultural, and artistic projects. However, the organization came under fire in 2007, when it was given the Black Planet Award for its allegedly harmful impact on the planet.

After becoming the first investor in a fund managed by Access International Advisors, Bettencourt was reported as one of the most high-profile victims of Bernard Madoff's enormous Ponzi scheme in the late 2000s. As a result, she lost around €22 million.

Bettencourt's only marriage was in 1950 to French politician André Bettencourt, who became a government cabinet minister in France in the 60s and 70s, as well as the deputy chairman of L'Oréal. Previously, he was a member of La Cagoule, a fascist pro-Nazi group that Bettencourt's father, Eugène, had funded in the 30s. Like many other members of the group, André was given refuge at L'Oréal. Together, the Bettencourts lived in an Art Moderne-style mansion in Neuilly-sur-Seine, France. Their daughter, Françoise, was born in 1953.

In 2011, due to concerns over Bettencourt's mental health, she was placed under the guardianship of members of her family. Bettencourt's daughter Françoise, as well as her two grandsons, consequently acquired control of her wealth and property. In 2014, Françoise became guardian of the fortune, while her son became a member of the Supervisory Board of the family holding company.

Bettencourt owned a private island in the Seychelles called D'Arros Island. In 2012, she sold it for £60 million to a Seychelles conservation business. At the age of 94 in 2017, Bettencourt passed away in Neuilly-sur-Seine, France.

Bettencourt inherited her stake in the world's largest cosmetics company, L'Oreal, from her father who founded the company. The Bettencourt Meyers family owns just under 33 percent of the share capital of L'Oreal, which makes up more than 185 million shares. Liliane's daughter Francoise and her two grandsons were named guardians of the family fortune in 2011 after a court dispute involving Bettencourt giving gifts to friends including Francois-Marie Banier.