Liang Xinjun Net Worth: Liang Xinjun is a Chinese entrepreneur who has a net worth of $1.7 billion. Liang Xinjun was born in 1968 in Taizhou, Zhejiang Province, China. In 1991, Mr. Liang received his B. A. from Fudan University. The former genetics student then teamed up with fellow graduates Guo Guangchang and Tan Jian and formed the Fosun Group in 1992.

As the chairman and CEO of the company, Xinjun oversees one of the largest conglomerates in China. Liang Xinjun and his team have grown Fosun in the past 20 years and Fosun's vision is to become a premium investment group with focus on China's growth momentum. The company now has investments in insurance, pharmaceuticals, healthcare, property, steel, mining, retail, services, finance and other investments, as well as asset management, comprising one of the largest non-state owned enterprises in China. Xinjun is an active speaker in various economic forums and summits. He was named as the "Young Business Leaders" by the World Economic Forum and appeared on the Cover story of the "Institutional Investor. In August of 2014, Forbes announced that Fosun had recently agreed to pay $1.35 billion for the insurance unit of Caixa Geral de Depositos SA, a Portuguese state bank. In 2007, Liang Xinjun also earned his MBA degree from Cheung Kong Graduate School of Business. 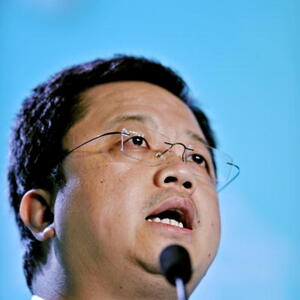