What is Li Ka-shing's Net Worth?

Li Ka-shing is a Hong Kong-born businessman who has a net worth of $31 billion. As of this writing, Ka-shing is one of the 40 richest people on the planet. Li Ka-Shing's wealth is mostly the result of his stakes in various companies, including the real estate development firm Cheung Kong Property Holdings, the Canadian energy company Husky Energy, and the Hong Kong conglomerate CK Hutchison Holdings. CK Hutchison generates over $36 billion in annual revenue.

In addition, Li is a dedicated philanthropist who oversees the second-largest private foundation in the world, after the Bill & Melinda Gates Foundation.

In 2015, he reorganized his companies and now has a 30% ownership stake in CK Hutchison and Cheung Kong Property. His other holdings include Cheung Kong Infrastructure and Hutchison Telecom Hong Kong.

Li was also an early investor in video conferencing company Zoom. He owns 6.6% of the video streaming service.

Despite his incredible wealth, Li Ka-shing is famous for his everyday persona and appearance, wearing simple, plain suits and a cheap (but reliable) Seiko watch.

Sir Li Ka-shing was born on June 13th of 1928 in Chao'an, Chaozhou in the Guangdong province of China. During the Sino-Japanese war, Li and his family fled to Hong Kong as refugees. In order to support his family after his father died from tuberculosis, Ka-shing entered the workforce at the age of 15. He worked 16 hours per day for a plastics trading company before starting his own company in 1950.

Initially, Cheung Kong Industries became involved in the manufacture of plastics, although it quickly expanded into real estate investment. By 1972, CK Industries was listed on the Hong Kong Stock Exchange. Throughout the late 70s and 80s, Li expanded his business by acquiring companies such as Hutchison Whampoa and HongKong Electric Holdings Limited.

Li initially created a successful business that manufactured plastic flowers, using a novel technique to mix plastic colors and create realistic fake flowers. He later became the largest supplier of plastic flowers in all of Asia.

After he witnessed many people fleeing from Hong Kong, Li decided to expand into real estate. Ka-shing correctly predicted that the crisis would be temporary and that these people would eventually return to Hong Kong. He was able to buy up property from fleeing residents at rock-bottom prices, and this sparked the beginning of his successful real estate empire. In 1997, Li Ka-shing shifted his business headquarters to Bermuda, anticipating the impending changes that would come about by Hong Kong no longer being a sovereign nation from Mainland China.

Over the next few years, Ka-shing expanded his real estate empire to many other nations around the globe. He also became involved in a number of other industries, such as retail, asset trading, and technology. In 2018, Li decided to retire after a 70-year business career, transferring his $100-billion empire to his son, Victor. That being said, Ka-shing is still involved in the business as a senior advisor. 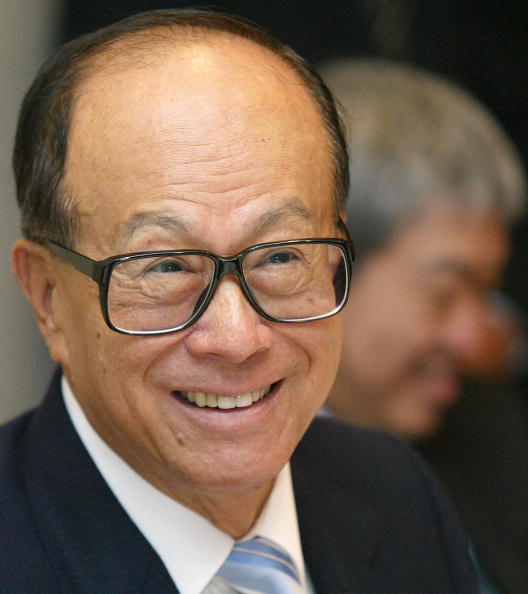 In 2018, Ka-shing spent $4.6 billion on his first land acquisition in two years, buying up land after winning a property development contract in Hong Kong. He had previously purchased a residential site in Hong Kong for $248 million in 2016. This was during a time when buyers seemed less enthusiastic about acquiring tracts of land in Hong Kong, despite rising real estate prices in Mainland China.

In 2019, Ka-shing caused quite a stir after buying the English brewery company Greene King for $5.5 billion. This acquisition came not longer after the announcement of Brexit, and it caused many observers to scratch their heads. However, Ka-shing has famously strong instincts and timing, so there is probably some kind of master plan behind his decision to buy the company, which owns a number of pubs across England.

In 2020, it was announced that Li's company had been approved to begin construction on a $1.26-billion housing development project in London. Located on a formal royal dockyard, the Convoys Wharf project aims to create 3,500 homes in London. Ka-shing had originally purchased the site 15 years prior for 100 million pounds and then struggled to gain approval for the ambitious project. 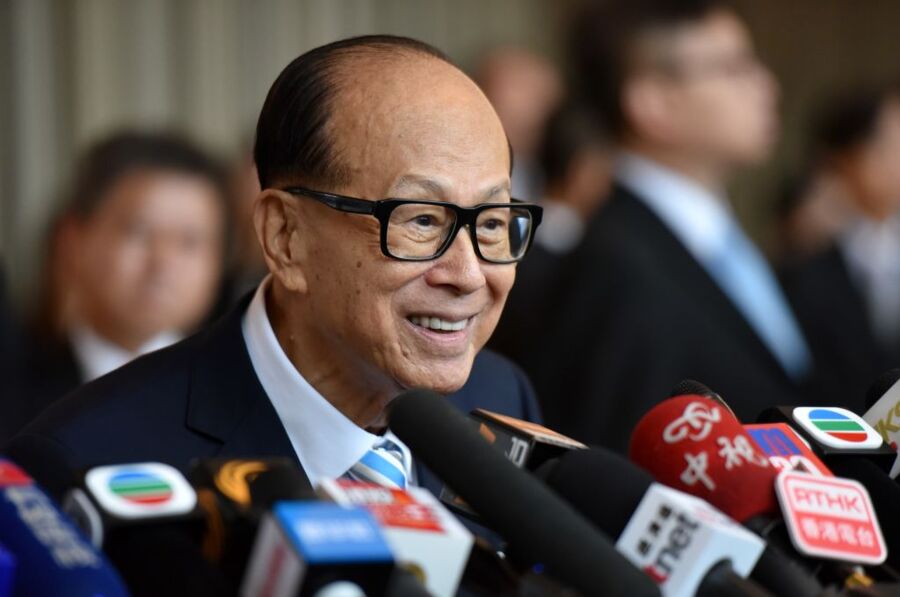 In 1996, Li's son Victor was kidnapped by a notorious Hong Kong gangster named Cheung "Big Spender" Tze-keung. Cheung demanded a ransom of HK$1 billion, which Li agreed to pay directly. Ka-shing never filed a police report, and the investigation was instead picked up by Mainland authorities. Cheung was eventually caught by Mainland Chinese police and executed. The death penalty would not have been legal under Hong Kong law, leading some to believe that Li intentionally let the Mainland police handle the matter.

Li has come into conflict with Mainland Chinese political authorities over the years. Despite being a pro-Beijing figure for most of his life, Ka-shing later called for peace amidst the 2019-20 Hong Kong protests, asking that the authorities address the protesters without using harm or violence. He was later criticized by the Chinese state-run media groups for controversial comments of a different nature.

In 2015, he was also attacked by the Chinese media for selling off prime properties in Beijing and Shanghai in order to shift his portfolio more towards the West. The accusations became quite serious, with some publications stating that Li's actions were "immoral" and ungrateful.

Li was also an early investor in video conferencing company Zoom. His Zoom stake is worth around $6.5 billion.