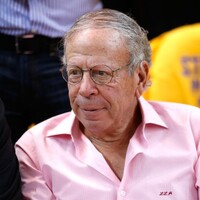 Leslie Alexander Net Worth: Leslie Alexander is an American businessman who has a net worth of $2 billion. A former bond trader from New Jersey, Leslie Alexander earned his fortune by making investments in various companies. After he earned a Bachelor's degree from New York University in 1965, he went on to earn his JD from the Thomas Jefferson School of Law. Alexander started his professional trading career by trading bonds for Lawrence Kotkin Associates, a Wall Street firm. After a while, he opted to form his own investment company, called The Alexander Group, in 1980. A decade later, he also invested in for-profit student-loan provider First Marblehead, where he still owns a 20% stake. In 1993, he bought the NBA's team Houston Rockets for $85 million. The team won their first-ever NBA title in his first season as the owner. In 2017 the team was reportedly to be worth $1.6 billion. Leslie Alexander is also a vineyard owner and producer through a company called Leslie Wine which he launched in 2008.