Leonid Fedun Net Worth: Leonid Fedun is a Russian ex-military man turned businessman who has a net worth of $9 billion. Born Leonid Arnoldovich Fedun on 5 April 1956 in Kiev, Ukraine, he is the second largest shareholder in LUKoil, one of Russia's biggest oil companies. Fedun was educated in the Rostov Higher Military Command School, and in 1984 he graduated from the Dzerzhinsky Military Academy, where he worked as a teacher of political science and economics. In 1992, Fedun founded LLP Neftkonsult, and the next year, he graduated from the High School of Privatization and Entrepreneurship with a degree in sociology. After his discharge from the Russian Armed Forces in 1993, he joined his friend Alekperov's oil company, and he started to serve as company's Vice-President and Head of future development and operations with securities. In 2003, Fedun became an actual owner of Spartak, Moscow's famous football club, and he invested in it from his personal funds, thus attracting many sponsors. Nowadays, he is building a new half-a-billion worth stadium named Otkrytiye Arena. Also, he manages the investments of IFD Kapital, one of the major diversified holdings in Russia. 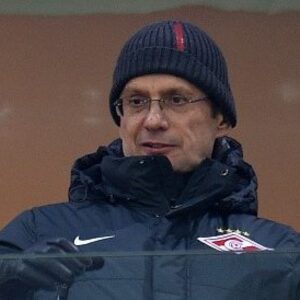