Leonard Stern Net Worth: Leonard Stern is an American entrepreneur and real estate tycoon who has a net worth of $5.1 billion. Born Leonard Norman Stern on 28 March 1938, he inherited his wealth from his German-born father Max Stern, the founder of Hartz Mountain Pet Products, which controlled 75% to 90% of the U.S. market for pet supply goods by 1984.

Having graduated from New York University, Stern gradually bought his brother's and sister's share of the family business, and by the early 1960s, he owned Hartz Mountain Corporation (HMC). Since then, he has served as the company's Chairman and CEO. Six years later, he started his real estate actions with buying land and selling the pet business, but holding to its property. Nowadays, the company holds more than 38 million square feet of residential, commercial property in New Jersey, New York and Chicago. Among others establishments, Stern also owns the Soho Grand Hotel and the TriBeca Grand Hotel. Inspired by his late father, he is an active philanthropist who founded Homes for the Homeless, which is one of the largest non-profit providers of education, residential and employment centers in the U.S. 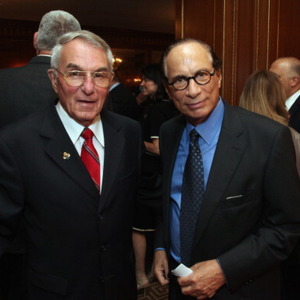