Leonard Lauder net worth: Leonard Lauder the chairman emeritus of cosmetics brand Estée Lauder, has a net worth of $21 billion. In addition to his net worth, he is also known to the public for the famous brand that bears his name, and for his creation of the since discredited "lipstick index" in 2001.

The "lipstick index" is an economic indicator posited by Lauder based on the idea that lipstick and other cosmetics supposedly sold better in times of economic distress. It was Lauder's theory that women tended to purchase more lipstick in lieu of more expensive items like dresses and shoes. However, this idea was largely discredited in the intervening years since 2001, as lipstick and other cosmetics sold less in the face of economic downturn. In addition to Estée Lauder, he is also the chairman of the Whitney Museum of American Art – he has stated publicly that his "dream job" would be to serve as the director of the museum. He also became somewhat notorious due to his association with the famous Gotham Book Mart. After purchasing a building specifically to lend storefront space to the bookstore's owners, he later filed for eviction after they fell behind in rent payments, eventually purchasing all of the store's inventory at once. 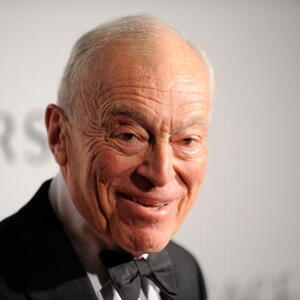