Leon Charney Net Worth: Leon Charney is an American real estate tycoon, political pundit, media personality and philanthropist who has a net worth of $1.3 billion. Leon Charney, one of the richest Americans today, is best known as New York real estate baron. Born in 1938 in Bayonne, New Jersey, to poor Jewish parents, he paid his way through Brooklyn Law School singing in synagogues.

Shortly after he took his Doctor of Jurisprudence, he started to make a name for himself in the corporate world. In the meantime, he served as unofficial adviser to U.S. President Jimmy Carter during the Camp David Accords. Even though playing behind-the-scenes role, he was instrumental in creating the first comprehensive peace between Israel and Egypt in 1978 and 1979. He purchased his first building, One Times Square, on the night Carter lost Presidential election to Ronald Reagan in 1980. Some thirty years later, Charney has already become a major real estate owner in New York's Times Square, including three skyscrapers with 1.2 million square feet of commercial space. As for his private life, Leon Charney is married to Tzili Doron with whom he has two children. 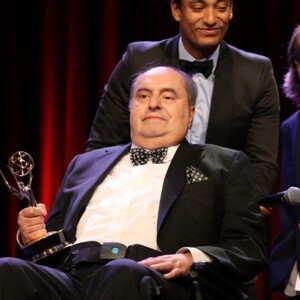