Lawrence Stroll Net Worth and Salary: Lawrence Stroll is a Canadian businessman who has a net worth of $3.2 billion. Lawrence Stroll earned his first fortune bringing Pierre Cardin and Ralph Lauren to Canada. He and a partner eventually had a massive success thanks to an early investment in the brand Tommy Hilfiger. They used their Tommy Hilfiger success to make investments in a variety of other brands, including Michael Kors and Karl Lagerfeld.

Outside of fashion, Lawrence is known for his passion for cars. He has one of the most-admired and valuable private collection of vintage Ferraris. In January 2020 Lawrence and a group of partners bought around 17% of Aston Martin.

Early Career: Lawrence's first major successes was bringing the brand Pierre Cardin to Canada. He then replicated the success by bringing a Ralph Lauren women and children's clothing line to Canada, eventually developing that clothing line all through Europe. During this time, Lawrence came to know Hong Kong textile tycoon Chao Kuang-piu, the billionaire founder of South Ocean Knitters – one of the largest knitwear manufacturers and exporters in the world. Chao Kuang-piu's son Silas Chou would soon become a very integral aspect of Stroll's future success.

Sportswear Holdings: In 1989 Lawrence and a partner named Silas Chou launched a company called Sportswear Holdings. One of their first investments was acquiring a controlling stake in the brand Tommy Hilfiger, which at the time was unknown. Over the next 20 years Stroll and Chou turned Hilfiger into an international phenomenon. By the late 1990s it was one of the most popular fashion brands on the planet

Capri Holdings: Stroll and Chou parlayed this success into investments in brands like Karl Lagerfeld, Pepe Jeans, and Michael Kors. In 2002, Lawrence Stroll and Silas Chou signed a lease with Donald Trump for the first three floors of the corner of Trump Tower. They used that real estate to open up Asprey & Garrard's New York store in 2003. 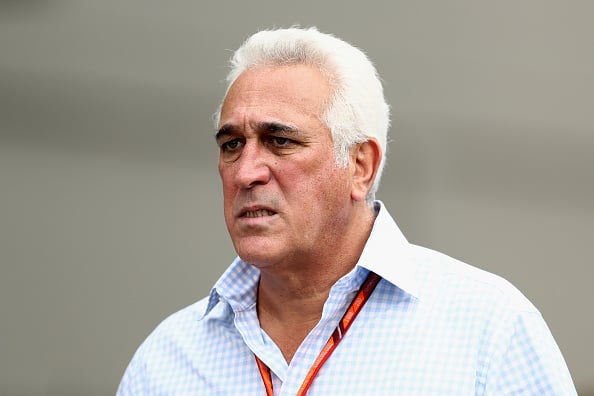 They acquired the majority of Michael Kors in 2003 for $100 million and soon renamed their company Michael Kors Holdings.

They listed the company publicly in 2011. In 2017 they bought Jimmy Choo for $1 billion. In 2018, they bought Versace for $2.2 billion. With the Versace acquisition, Michael Kors Holdings was renamed Capri Holdings. In 2020 Capri generated around $5.5 billion in global revenue.

Personal Life: Lawrence is married to Claire-Anne Stroll. They have two children together. Their son Lance Stroll is a Formula One racing driver. Lance has raced for his father's F1 team.

Real Estate: Lawrence Stroll has homes in London, Mont Tremblant, Westmount and Mustique, a private island in the Carribbean.

Car Collection: He also has a passion for racing cars, and has established a collection of Ferraris. His collection includes more than 30 Ferraris. He actually owns a private racetrack near Mont Tremblant, Quebec where he can race them at his pleasure.

Outside of Ferraris, Lawrence owns many McLarens, Aston Martins, a Ford GT and much more. Lawrence Stroll's car collection is easily worth $200 million. Perhaps more.

In 2014 he paid $27.5 million for a rare 1967 Ferrari GTB N.A.R.T.. He also is one of the lucky few people on the planet who owns a Ferrari 250 GTO. There are only 36 left in the world and they have been known to sell privately for $50+ million. He also owns a LaFerrari, which typically runs around $4 million. At one point he actually owned the Ferrari dealership of Quebec. 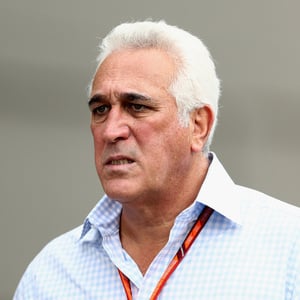